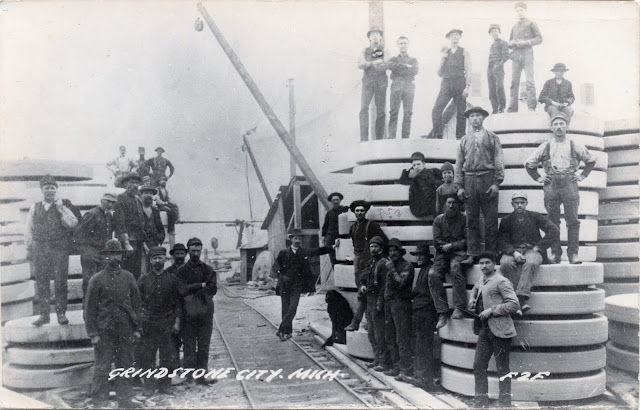 From the 1830s until the 1910s, Grindstone City produced the premier grinding wheels in the United States.  In 1888, the Cleveland Stone Co. Purchased the property owned by Worthington and Sons and became the sole owner of all quarry properties. They continued to operate the store and quarries but the salt works were discontinued, as operating costs made it no longer profitable.
Due to carborundum taking the place of grinding stones, the quarries could no longer be operated at a profit Grindstone City stumbled into swift decline and all quarrying and production operations ceased in 1930.